It's that time of year where you start to crave soup. Seeing as it's starting to get freezing outside (really, there was no warning - one day it was pretty hot and then the next day I needed a jumper, a scarf, a coat and gloves), there is no better thought then going home to make a hot, hearty bowl of soup.

I've been needing some extra warmth in my life seeing as the start of the cold weather just happened to coincide with the pressure in our boiler dropping which meant no hot water or heating. Yay... Fortunately it was only like this for a couple of days and then Ashleigh's boyfriend managed to fix it so yay!
It was so unfortunate though. I went to the gym because I thought 'oh this will be great, I'll get to use the showers there and I guess I should probably go for a run as well...' and what did I see when I got there? A sign outside the girl's changing rooms saying 'no hot water in the level 4 girl's changing rooms'. I almost burst into tears right there. Joking... but it was pretty annoying! Thankfully though I went upstairs to the next level (totally didn't know that existed...) and had a hot shower in the changing rooms there so it all worked out.

Anyway, I digress. This post is meant to be about soup, not my shower troubles. Ashleigh's parents have been over for the past few days which have meant dinners out and the consumption of a lot of food... as a result I really wanted a meal that was relatively healthy. But at the same time I wanted some filling, hearty soup. Well, a recipe which incorporates spinach (which is well known for its nutritional value and low calorie levels) into it must be good for you.
Therefore.... I made spinach, tomato and tortellini soup! 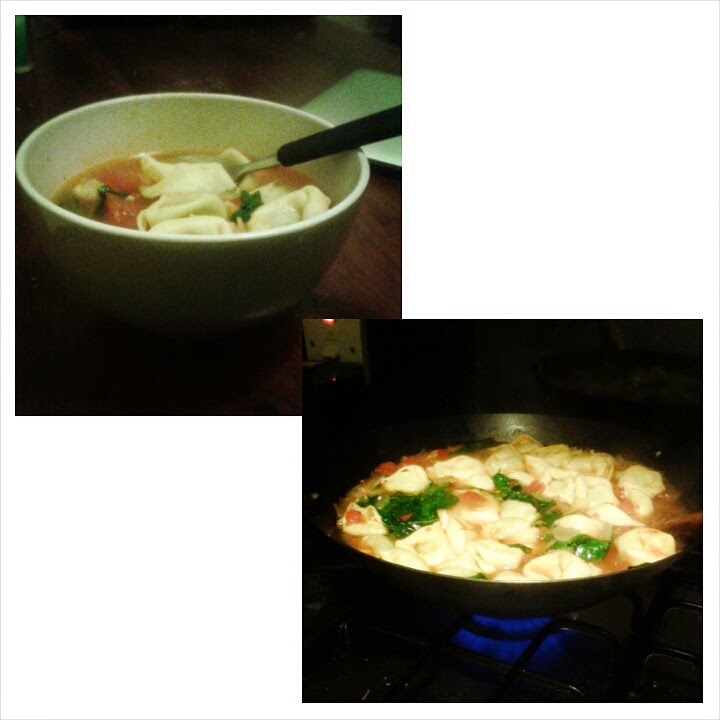 Look at my fancy overlapping pictures. Impressive right? I've started using Photo Grid to put multiple pictures up on Instagram at once instead of uploading numerous selfies... A post about that another time!
Anyway, because the soup feeds 4 people I knew it wouldn't fit into our saucepans so I had to use the wok to make it in. It is probably the easiest soup recipe ever. You literally just put everything into the wok and bring it to a boil and ta-da, you're done! You're supposed to cook some onions first and I did do that but I wasn't really impressed with their addition to the meal... Maybe because I didn't chop them small enough but I really didn't think they were necessary at all and the soup probably would have been better without them. And it would have removed that small first step, making it even easier to make!

This is a great soup recipe and a great way to add spinach into your diet!
Here's the recipe if anyone wants to make this yummy meal: http://damndelicious.net/2014/09/06/spinach-tomato-tortellini-soup/
Labels: FOOD 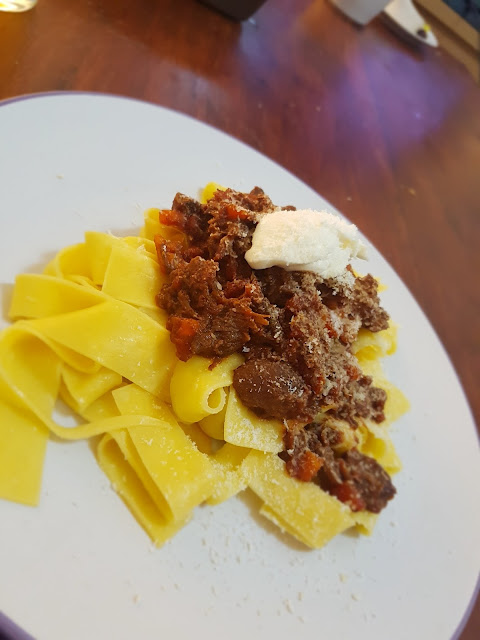